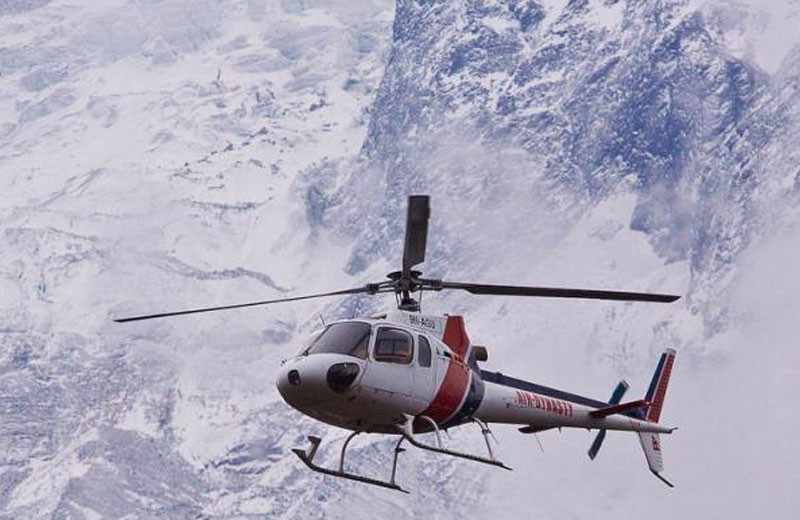 Join us for a thrilling flight unlike no other in the world. The Himalayan Range is a magnificent natural wonder and one of Nepal’s greatest treasures. The tallest peaks attract admirers from all over the planet. Some people trek to them and after weeks of hiking reach the staggering scenery.  If you desire up-close views but have a limited time then we offer a unique experience with a completely different perspective of the snowy peaks – a mountain flight.

The flight around Everest gives a bird’s eye view of the highest mountain on the planet and surrounding peaks. The long line of Himalayan mountains covered in snow and ice with be astonishing.

Nepal’s incredible alpine views can be seen up-close from the ease and comfort of our fixed wing aircraft. The flight lasts one hour as we take off in the early morning from Kathmandu and head towards the eastern section of the Himalaya and the world’s biggest mountains. You truly get a feeling of the immense size and height of these peaks.

Along with the highest mountains the flight offers wonderful views many other peaks of Nepal and Tibet as well as views of remote hills and a bird’s eye view of Kathmandu Valley.   As we travel to the east, we see the Langtang Range, Shishapangma of Tibet and the broad face of Gauri-Shankar, once believed to be the tallest peak on the planet because it is seen from afar.

Everest (8848 mt / 29,028 ft) shines above them all and will be a memory of a lifetime. Enjoy the mid-air view as we circle around and head back over the mesmerizing landscape for last view of the high peaks before reaching again the bustling Kathmandu Valley.

Our Mountain Flight will fulfill your Himalaya dreams of Himalayan views and scenery from a diverse land of unforgettable natural beauty and the highest peak on the planet.

Let's plan your next trip together