The Journey To The Land Beyond The Mountains | Upper Mustang Trek

Mustang is actually a district in the Himalayan region of Nepal. It can be divided into two segments – Upper Mustang and Lower Mustang. While the lower part is situated towards the south of the Himalayan Range, the upper part is situated towards the north. It is for this reason that Upper Mustang is also known as the land beyond the mountains. During the Upper Mustang trek, you get to visit quite a few Mustang Village. The Mustang Village is isolated, beautiful, peaceful and full of life.

In general, Mustang trek indicates the trek organized in the lower Mustang region. It generally covers villages such as Kagbeni, Jomsom, Marpha, and religious heritages, mainly Muktinath. On the other hand, the Upper Mustang trek takes you to the post-apocalyptic looking landscape of Upper Mustang, in an unbelievable journey. You’re definitely going to feel as if you’re in some other country, or world altogether. It’s an absolute pleasure to get to know this part of the nation and its people.

Upper Mustang trek is an 18 days long journey overall, and it consists of 11 days of core trekking. During the trek, you’ll cover places such as Drakmar, Ghiling, Chuksang, Chele, Syangboche, and so on. The entire Annapurna range, and the other mountains in the Annapurna region, happens to be located in the south, so throughout the trek, you’ll walk away from the peaks. You’ll, however, get to enjoy the views of mountains such as Annapurna, Dhaulagiri, Machapuchhre, Manaslu, and so on. 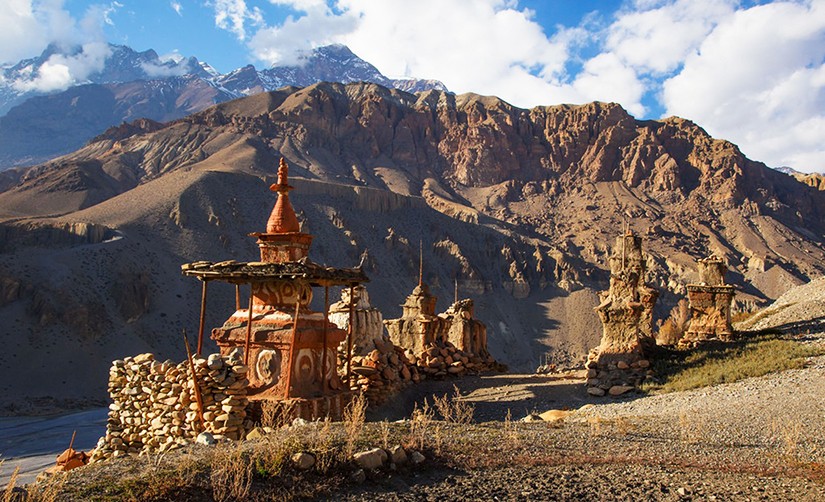 The Mustang Village that you’ll cross along the way are full of people, with their unique cultures and lifestyle. The majority of people in the region follow Buddhism, and so, you’ll find so many chortens, monasteries, gompas, and other structures influenced by Buddhism on the way, and in the settlement areas. A large group of people living in the region also follow Bon, which is a religion that originated in Tibet. Unlike popular beliefs, Bon is quite different from Tibetan Buddhism, with their own beliefs.

The entire region of Upper Mustang is dry and arid. Most of the time, you’ll be surrounded by desert like landscapes, with little to absolutely no greenery. Despite the fact, the region has its own distinct beauty, which you’re sure to realize and admire. It’s fascinating to witness all these people living in such an environment and doing it with so much grace. You’re going to love the hospitality that they offer you. The life is slow here, and the people love engaging themselves in fun talk and experience sharing.

Out of the many natural spectacles that you’ll experience in Upper Mustang trek, the most prominent one is Saribung peak. It is a trekking mountain with a height of 6346 m. Even if you don’t have climbing experience, you can still attempt Saribung Peak climbing. The journey can be considered as a side trek to Upper Mustang trek. By simply adding around 8 days to your itinerary, you can reach the top of Saribung Peak, and discover so many other places on the way. By doing so, you do make the journey tough.

During the Upper Mustang trek, you tend to take a route to reach Lo Manthang from Jomsom, and then, you take the same route back. When you choose to go for Saribung peak climbing, the route deviates at Lo Manthang, and you head south east. You cover places such as Yara, Ghuma Thanti, Namta Khola, Nagoru, and so on. It takes around 3 days overall to finish the climbing process. The three days journey doesn’t just include climbing, but also one full day of acclimatization before the climb, and descent.

Apart from the peak and the villages that you cover on the trek, the other attractions that you will come across during the journey include Luri Cave and Luri Cave Monastery, Saribung La, a mountain pass situated at an elevation of 6020 m. The side trek ends at Chamje, and the route meets Annapurna Circuit trek route at Dharapani. Saribung Peak Climbing is a power-packed trip, as you also tend to cover the Nar Phu Valley trek in it, which happens to be one of the most popular side treks of Annapurna Circuit.

Upper Mustang trek cost, quite like that of any other journey, depends on factors such as the length of the journey, the level of luxury, and the travel company that is offering you the package. Depending on whether you’ve included Saribung Peak Climbing to the Upper Mustang trek or not, Upper Mustang Trek Cost can go from $1800 to $4000. Of course, the above mentioned factors also matter. It is crucial as a trekker, with so many options available, to carefully analyze the features of a package before you pick it.

You need to consider your situation, especially the time that you can dedicate to the trip, the effort that you can put, and most importantly, the budget. Don’t go for the cheapest package. You don’t know what quality of services, especially food and accommodation, they’re going to offer. In the same way, don’t choose the most expensive one, as a lot of companies charge tremendously high for normal service. You need to go for a balanced Upper Mustang Trek Cost, and carefully consider the facilities that they offer.

Annapurna Circuit Trek is an amazing trek, and quite like Mustang trek, it is also a part of the Annapurna region. Annapurna Circuit trek is 18 days long altogether, and it includes 13 days of core trekking. The rest of the time, the trekkers either acclimatize, travel in buses and planes, or simply have a good time in Kathmandu and Pokhara. You get to visit so many beautiful villages during the tour, like Manang, Chame, Pisang, Ghorepani,Tatopani, and so on. The attractions include views of peaks of the Annapurna region from viewpoints like Poon Hill, Thorung La, a mountain pass situated at 5416 m, and so on. 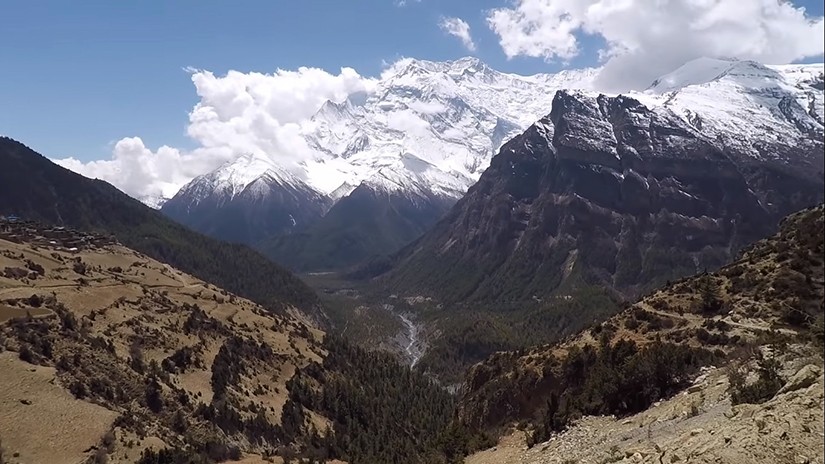 Muktinath trek, which is also known as Jomsom Muktinath trek is an ideal trek, especially for the pilgrims. The main highlights of the trek are Muktinath and Jomsom Nepal. While Jomson Nepal is a pretty little town, situated on the bank of the Kali Gandaki River, and the entrance to Upper Mustang, Muktinath is a significant religious heritage. It is regarded highly by not just Hindu pilgrims, but also Buddhists. Hundreds and thousands of tourists from all over the world, whether they believe in these faiths or not, make sure to visit the region every year. Muktinath is a place that is gifted naturally.

During the Upper Mustang trek, you don’t just get to experience the lifeless beauty of nature, but also the diligence of people living in environments as such. There is no doubt that you’re going to absolutely love your experience travelling in Upper Mustang. The region tells the stories of its past, through the remnants that remains in the form of heritages and people. Don’t, by any means, miss the opportunity to talk to the people here. You’re going to have language problems, but that’s what guides are for.

The people, belonging to different tribes and communities, which you will come across during the tour will tell you all the stories possible. You might find it unbelievable, but you could also have a talk with the descendants of the then royal family of Upper Mustang. Though the King stepped down quite some time back, he and his family still receives the love and admiration of the people. It’s things like these and many more that are going to make your Upper Mustang trek an unforgettable journey.

High Camp Adventure believes in giving its customers one of the best holiday experience with A Grade services. They're experienced, affordable, trustworthy, and always ready to serve you. They specialize in trekking and expedition, and with the help of their knowledgeable guides and staffs, they prepare an itinerary that is exclusive for you, and that matches your interest. What makes them different from others is the fact that they allow their clients to suggest changes in the itinerary, which results in the journey becoming much personal. They also offer luxury tours, with activities such as heli tours and mountain flights. Their itineraries feature the most preferred and off the beat travel destinations in countries like Nepal, Bhutan and Tibet. If you’re looking to spend your holidays in any of these Himalayan countries, make sure to contact High Camp Adventure today for free consultation.