Pashupatinath Temple is a hindu holy place which is evident by the fact that people come here for all their religious functions. Quite near to this hindu holy place, there are multiple cremation spots by the Bagmati river. Bodies are cremated here everyday, and their remains are dropped in the river. Some of the main temples that are parts of the Pashupati Temple Complex include Surya Narayana Temple, Vasukinath Temple, Ram Temple, Vishwa Swaroop Temple, and so on. It is a must visit attraction for anyone who comes to Nepal, even if he’s not a Hindu. The architecture, the ambience, the vibe of Pashupatinath doesn’t fail to impress you.

Altogether, there are 10 World Heritage Site in Nepal. Out of them, 7 happen to be in the Kathmandu Valley. The rest of the 7 world heritage site in Nepal are scattered across the country. Two of them are wildlife reserves, whereas the other one is a temple complex. Sagarmatha National Park is located in the Solukhumbu district in Nepal. As a matter of fact, it covers multiple districts. One of the most prominent features of Sagarmatha National Park is Mount Everest, which is situated inside the park. In the same way, Chitwan National Park is situated in Chitwan District. Without a doubt, it is the most visited national park of Nepal, mainly because of easy access, and because it allows you to explore numerous species of wildlife through different kinds of jungle safari rides. Finally, Lumbini is actually a place that houses the Mayadevi temple. It is known to be the birthplace of Gautam Buddha, who founded Buddhism. The temple is actually a complex that has numerous monasteries in it. Different countries have contributed from their side by building heritages like pagodas in the temple complex. For the followers of Buddhism, it is one of the most important places in the world. With so many people visiting these sites every year, Sagarmatha National Park, Chitwan National Park and Lumbini and three of the most significant world heritage sites in Nepal.

Quite like Swayambhunath, Boudhanath is also an important religious site for the Buddhists. Especially for Tibetan Buddhists, Boudhanath has an even higher status than Swayambhunath. It is actually a complex consisting of a huge stupa, with gompas, around 50 in number, and many other religious heritages around it. Boudhanath falls in the ancient route using which merchants from both Tibet and Nepal visited each other’s countries. Tibetans would specially offer their homage to the deity. When refugees from Tibet entered Nepal, they settled in the areas around Boudhanath. Historically speaking, the complex was established by a great Lichchhavi King known as Sivadeva, in the 6th century.

Swayambhunath is one of the most significant Buddhist pilgrimage sites in the world. It is highly regarded by both Newar and Tibetan Buddhists. It is a complex consisting of a huge stupa at the center and numerous other Buddhist relics and heritage surrounding it. The entire complex is situated at the top of a hill. The meaning of the word ‘Swayambhu’ is self sprung, and mythologically, there are so many stories that speaks of its origins. In most of them, it just comes into existence. Historically, it was established by King Vrsadeva, who was the great grandfather of King Manadev, one of the most iconic Lichchhavi Kings to ever rule Nepal.

Kathmandu Durbar Square is one of the three major palace squares in the valley; the other two being Bhaktapur Durbar Square and Patan Durbar Square. The complex consists of a huge palace with courtyards, and numerous temples surrounding it. For instance, Taleju Temple, Narayan Temple, Bhagwati Temple, and so on. The palace was used for residence and ruling by different Shah kings, and the Malla kings, who ruled before them. Apart from all the temples, the complex also consists of Kumari’s Home, who is regarded and worshipped as the living goddess. The palace square was established by the Lichchhavi ruler Shankharadev in the 11th century. 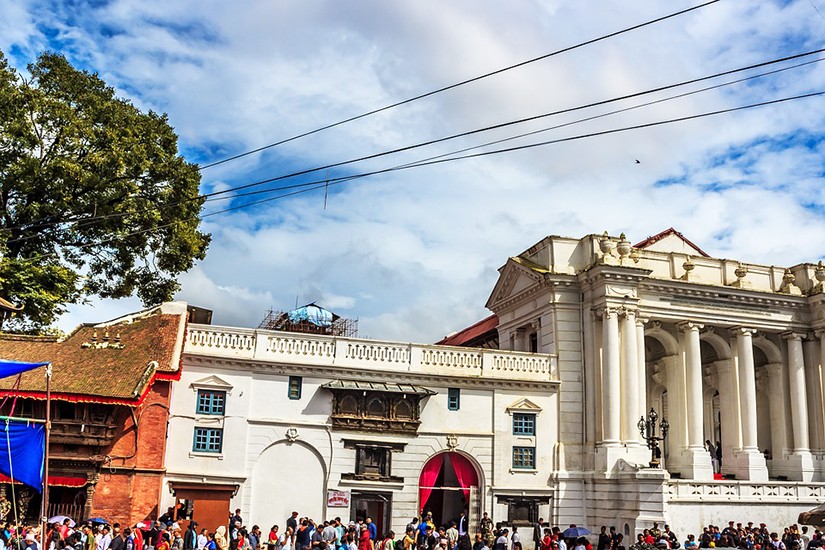 Quite like Kathmandu Durbar Square, Patan Durbar Square is also a complex that consists of a palace, courtyards and temples. Some of the major temples of the courtyard are Taleju Bhawani Temple, Krishna Temple, Bhimsen Temple, and so on. Unlike other UNESCO World Heritage Sites, it is unknown who or when laid the foundations of this amazing place, but many heritages were built in the 16th century. During that time, the Mallas ruled the valley, and not just Patan; and their reign was considered to be one of the most prosperous ones in history. The palace square is considered to be religiously significant not just among Hindus but Buddhists as well. Changunarayan Temple is considered as one of the oldest temples in the history of Nepal. It is located in Changu Municipality of Bhaktapur district on the top of a hillock. The temple is dedicated to the Hindu God Lord Shiva. The area is gifted not just religiously and culturally, but naturally as well. The hillock is surrounded by a small forest known as Champak forest, which is named after Princess Champak of Kashmir, who married the then King of Bhaktapur. Beside the hill, a small river flows, which goes by the name Manohara river. Visiting the area is quite a pleasant experience altogether. The temple was established in around the 5th century.

High Camp Adventure is an outstanding travel and tour operator in Nepal. They’re experts when it comes to offering trekking and expedition services. However, if you’re not quite interested in them, you could also go for luxury tours. One of the best things about the company is that they focus on client satisfaction. In order to achieve that, they allow their clients to make changes in the itinerary. Their intention is to fully cater to the needs of the client, and make the journey personal for them. They offer exciting packages featuring the most preferred tourist destinations in countries like Nepal, Bhutan and Tibet. Choose High Camp Adventure for your upcoming holidays. They can prove to be your ideal travel partner.