Manaslu Circuit Trek is a difficult trek overall. However, Manaslu Trek difficulty increased up to a great extent with the introduction of new trails after the earthquake. The original trails were blocked due to the calamity, and for a short duration, it was decided that the trekkers would walk on an alternative route to reach their destination. This raised the Manaslu Trek difficulty level, as the new routes were narrower, steeper, and rougher, and it took longer for the trekkers to go from one rest point to another, and also, there were no tea houses.

The itinerary only changed for the first three days, if the trekkers chose the alternative Manaslu Circuit trek route. So, instead of going on the regular route, they would go from SotiKhola to Kashigaon on the first day, from Kashigaon to Runchet on the second day, and from Runchet to Deng, and back to the old route on the third day. Walking on this route did change the Manaslu trek difficulty level, however, it also made the journey more adventurous.

Going on the Manaslu Circuit trek is the best way to explore the Manaslu region. It shares a small part of its route with the Annapurna region as well, towards the end. So, both the routes have certain similar attractions, like places, for instance Dharapani and Besisahar, and views of peaks like Annapurna, Dhaulagiri, Machapuchhre, and so on. Altogether, Manaslu Trek Nepal is an 11 days long journey, out of which, one day is assigned for acclimatization. The trek starts at SotiKhola and ends at Dharapani; you acclimatize at Samagaon. During Manaslu trek, you’ll cover numerous villages like Deng, Namrung, Tilje, Bimtang, Jagat, and so on. Manaslu Circuit trek is a perfect amalgamation of natural and human elements. You will come across so many natural attractions like the mountains, passes, hills, forests, rivers and waterfalls, and so on; and at the same time, you’ll also get to experience the lifestyle of the locals, their religion, and so on. 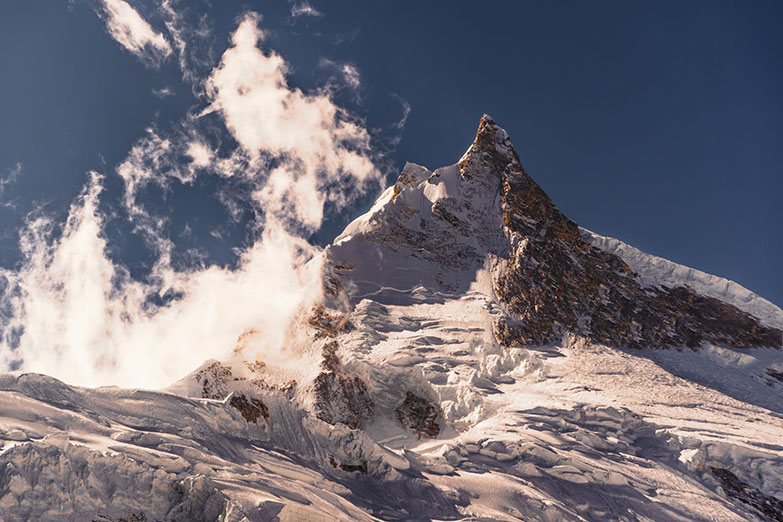 During your journey, Manaslu Circuit trek map can prove to be one of your greatest allies. It will give you all the information that you need about the route, the villages, the attractions and the challenges. It will keep you on the track at all times, and prevent you from getting separated from your group. And even if you do, you’ll be able to get to your destination with your Manaslu Circuit trek map. Manaslu Circuit trek is one of those journeys that are full of side trips, and numerous attractions that can’t be covered in one go. You can, however, cover the ones that interest you the most. And in order to take that decision, you’d require a Manaslu Circuit trek map. With a map in your possession, you can modify your itinerary on your own, and make your own decisions regarding which places to go for, and which ones to avoid. With a map, you can be independent; you’re able to visualize the entire journey, and have a better understanding of the entire trek. You can be better prepared for both the attractions and challenges that come your way, and decide whether to embrace them or avoid them.

The great earthquake that occurred in 2015 adversely affected the entire Manaslu region. It caused landslides because of which the roads and trekking paths were blocked. Entire villages got swept away because of these landslides, or got levelled due to the earthquake. The damage was so severe that it took almost three years for the people to reestablish the villages and to clear the path. The trekkers had already started visiting the region from 2016 itself. Alternative routes were allocated for the trekkers to continue on their journey, and reach the destination. Of course, it made the entire experience tougher, as those routes were steep and narrow, and highly prone to accidents. Luckily, no such cases were ever recorded. Manaslu Circuit trek after earthquake is open, and it’s running with twice the capacity. Because of the joint forces of the locals and the government, and help from people around the world, the villages on the route have more facilities, and can serve higher number of trekkers. Quite surprisingly, after the earthquake, even the number of trekkers walking on the Manaslu Circuit trek has increased tremendously. When you walk on the Manaslu Circuit trek at present, you’ll not even find a single trace of the earthquake, except the memorials that were built to honor the dead.

Manaslu Circuit trek difficulty level is strenuous overall. It takes you to great altitude, makes you walk on the roughest of terrain, and face some of the most extreme weather. These are a couple of attributes that make any trek, and not just Manaslu Circuit trek difficulty level challenging. When you go on the Manaslu Circuit trek as an individual hike, then it’s a little tough, however, you have the option of making your trek further extreme by adding a few more attractions and destinations to it. You can add Manaslu Tsum Valley trek itinerary, and Manaslu Base Camp trek itinerary to your journey. This will allow you the explore the entire Manaslu region in a much more detailed manner, also, as mentioned above, it will make the Manaslu trek difficulty level even tougher. When you add days to your itinerary, your journey becomes longer, and it is required for the trekkers to walk for a longer period of time. This is what makes the trek difficult; the longer the journey, the more difficult it becomes to cover it. During the trek, the travelers need to cross Larkya La, which is one of the highest altitude passes in the entire Himalayan range. This feature also adds a little difficulty to the journey.

Manaslu Tsum Valley trek is one of the most significant treks of the region. It adds that religious value to the region, as the entire valley is known as a sacred site. Majority of people living here are Buddhists, and what makes it so evident are the numerous heritages and relics scattered throughout the region, in the form of prayer wheels, chortens, gompas, stupas, and so on. The main attractions of the trek and two major Buddhist heritages are Mu Gompa and Rachen Nunnery. There is a small story that unfolds the establishments of all these structures. In the early 15th century, a Buddhist saint who went by the name Milarepa came to Tsum Valley. He then proceeded to the hills and meditated in its caves for quite some time. This incident laid the founding stone to getting this valley the sacred stature. On the Tsum Valley trek, you get to experience all that sacredness and much more. What more would you want from a trek! 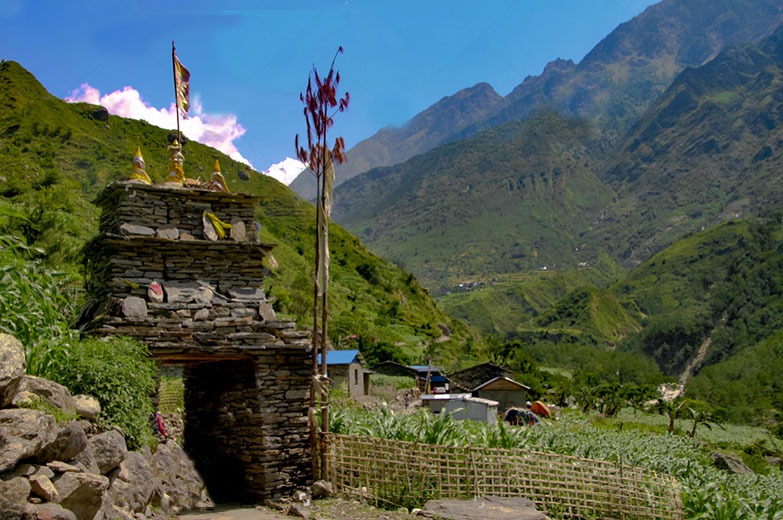 High Camp Adventure is an expert when it comes to trekking, expedition and luxury travel in Nepal, and countries like Bhutan and Tibet. They offer the most exciting packages at the most affordable cost. Their priority is client satisfaction, and so, they listen to their clients - their expectations, needs, interests, and so on. They make sure to stay by your side throughout the time, so that they can ensure that you’re having the best time during the journey. They make every package exclusive, by allowing their clients to modify their itinerary. If you’re looking to trek in the Manaslu region, or simply want to spend your holidays in any of these Himalayan countries, choose High Camp Adventure as your travel partner. They won’t just offer you the best services, but also help you have the most memorable experiences of your life.